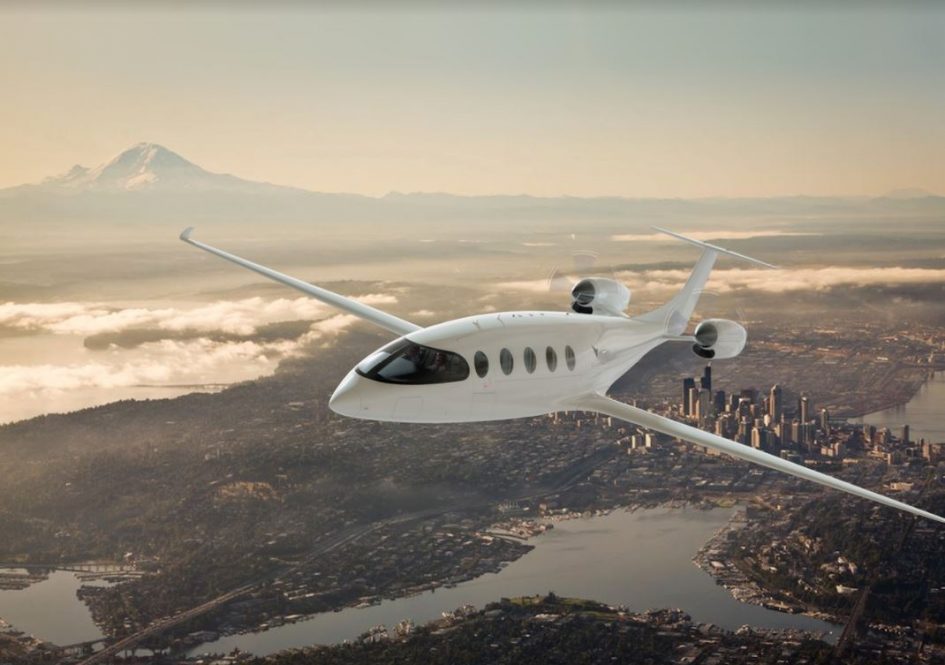 The world’s first all-electric passenger aircraft, Alice developed by Israeli company Eviation is weeks away from its maiden flight.

The Israeli startup built the commercial passenger plane as a sustainable and affordable solution and went through engine testing recently at Arlington Municipal Airport north of Seattle.

The high-speed tests involved subjecting all of the plane’s key systems and fail-safe mechanisms to different scenarios to ensure they are operating as expected before its first flight. The nine-passenger Alice with battery technology that’s similar to that of an electric car or a cell phone and 30 minutes of charging is expected to fly for one hour and about 440 nautical miles. However, initial flights won’t push the aircraft to its limits even though the Alice can achieve cruising speeds of 250 knots (463 kilometres per hour) and a maximum range of 440 nautical miles (815 kilometres).

The company has developed three versions of the prototype. First is a commuter variant, and then there is an executive version and one specialised for cargo. The commuter configuration in testing can hold nine passengers, two pilots, and 850 pounds of cargo. The executive design has six passenger seats for a more spacious flight, and the cargo plane can hold 450 cubic feet of volume. According to the company, it will still be possible to reduce the maintenance and operating costs of commercial jets by up to 70%.

The electric aviation space is expanding with startups and well-established aviation companies. In this context, NASA gave $253 million in September 2021 to GE Aviation and magniX to bring the technology to US fleets by 2035. According to industry experts, the biggest obstacle for electric aviation in passenger jets is the battery.

Electric aviation supporters predict Alice and other electric planes like it, are becoming a common means of transportation. However, it still has a long way to go with the FAA yet to put forward any clear guidelines or regulatory framework for electric aeroplanes, which fall under the category of Advanced Air Mobility. In this context, Eviation says it is actively working with the FAA to achieve certification for production by 2024.

Twelve Alices are on order by international shipping company DHL and are anticipated to be delivered in 2024. Mike Parra, CEO of DHL Express America, stated that they aspired to make a substantial contribution in reducing their carbon footprint. He added that these advancements in fleet and technology would go a long way in achieving further carbon reductions.