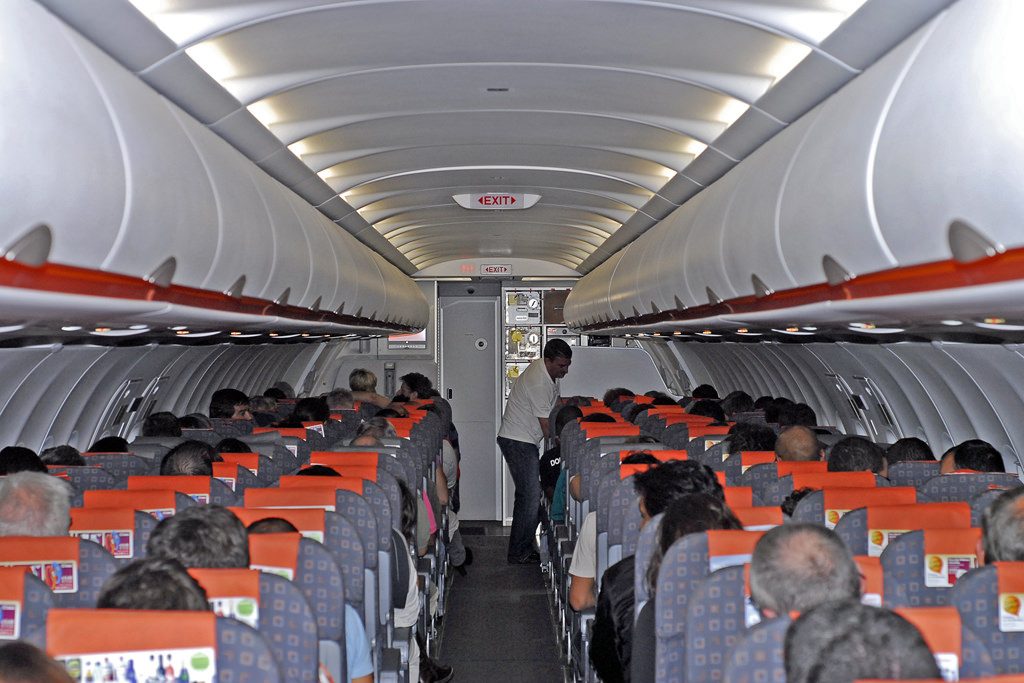 Safety on flights is paramount. What is the emergency evacuation time? It is set at 90 seconds, and planes must evacuate in an emergency in the slated timings. The Federal Aviation Administration (FAA) reportedly dictates and allows those airlines who can clear this timing.

Many flyers may not know that there is one hidden feature that prevents the tables from being knocked down during an emergency. The seats that are located near the exit most often have the most leg-room and are used for people to exit during an emergency. There is a hidden handle, a small knob near the lever of the tray table, in the overwing emergency exit row on small planes like the A320.

During an evacuation, the small knob facilitates in keeping the tray table lever from moving into an open position, when passengers pass between these seats to get to the overwing emergency exit. Not only are the tray tables prevented from opening and blocking the way to the exit, but it also serves as a good physical and visual identification for the exit rows, especially when the cabin is filled with thick smoke.

Another safety precaution revealed is the dimming of lights during takeoff and landing. On a flight, the eyes need time to adjust to the dark, and it can take around 30 minutes for full adjustment. The takeoff and the landing are the two most critical times of a flight and are also called the ‘Plus Three Minus Eight’ rule. In the case of an emergency, the lights going out aids the eyes to get more adjusted to the darkness, facilitating the escape, and supporting the 90-second evacuation time.