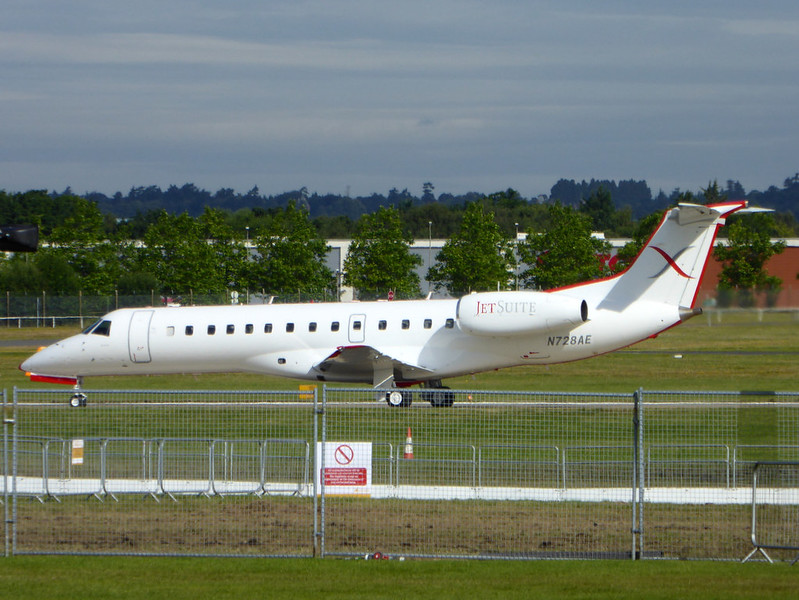 Private air-charter leaders JetSuite announced the launch of a private jet with its new brand JetSuiteX. JetSuite is a California-based private jet charter company which was founded in 2006 and began flying in the year 2009.

This private jet experience can be purchased at an introductory offer of $109 for a single seat. The flights will be operated by Embraer ERJ135, a twin-engined regional airliner. JetSuite CEO Alex Wilcox is confident in the prospects of the new JetSuiteX. He was also a member of the executive team, which helped the launch of JetBlue in 2000. JetSuiteX has partnered with JetBlue, which will allow ‘True Blue’ frequent flyer program to the members to earn loyalty points for their travel on JetBlue flights. An added feature is that JetSuiteX clients will no need to sign up or pay a monthly subscription.

The business class experience with JetSuiteX’s new fleet of 30 passengers has luxurious seats with plenty of legroom and is wi-fi equipped. The cabin has a spacious feel with no overhead bins and the interiors have a leather finish. The entire experience is captured by a new advertising campaign called ‘Private for the Public’ the theme reflecting that the private jet experience can now reach a broader audience.

Wilcox reiterated that the E135 is the perfect aircraft for a family vacation and that people can charter the whole aircraft very cost effectively.