World’s Most Expensive Luxury Private Jets as of Year 2016 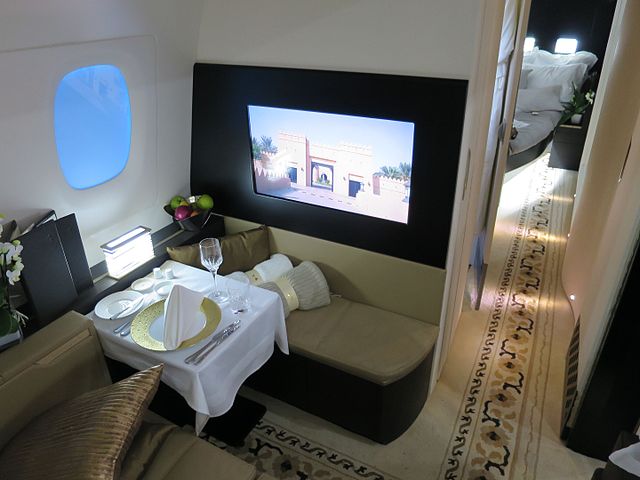 It’s a well known fact that private jets are expensive and only rich people or big corporate houses afford them, they are full of luxuries and more over many times suiting individual needs of the owner. The rich, privileged persons thus can travel anytime, anywhere without any hassles at airports.

At the top notch is this luxury in the air with a whopping price of over $500 million. Saudi Arabian royal Prince Al-Waleed bin Talal had ordered this in the year 2007.

Completely customized to his needs and whims, one can say. It has capacity of having only 100 people on board vis-à-vis 853 passengers on board of an A380 commercial carrier. Also has an elevator built within. It is said The Prince has already sold this Jet!

Boeing’s latest 747-8 jetliner costing $350 million for the base model is in the second most expensive Private jet. ‘Aeroloft’ as named will be the world’s first privately-owned 747-8 is rumoured to be on its way to be included in the VIP fleet of government of Qatar. Boeing currently has orders for nine private 747-8s and also guessed that Boeing will replace Air Force one with three of these types.

Boeing 767 -33A/ER customized
After having furbished as per the requirements of the Russian billionaire Roman Abramovich more popularly known as the owner of Chelsea football club. This third most expensive private jet is also known as Bandit with a price tag of $155 million. Its first aircraft with the cockpit made from two crew glass. This aircraft is fitted with missile detection radar and other defensive countermeasures.

The Airbus ACJ319 intended especially for the wealthy corporate who prefer to have luxury everywhere. Falls in the fourth place of the expensive Jet family has a base price tag of around $80 million. Has a seating capacity of 39 people.

With a price of around $60 million and fifth most expensive private jet, the Gulfstream G550 business jet aircraft is produced by General Dynamics’ Gulfstream Aerospace unit. Upto 16 corporate top notch executives can travel on board at a time with each having a separate work space for productive output and also relax after the fatigue of work load.