Discovering What Transpires When a Plane is Struck by Lightning 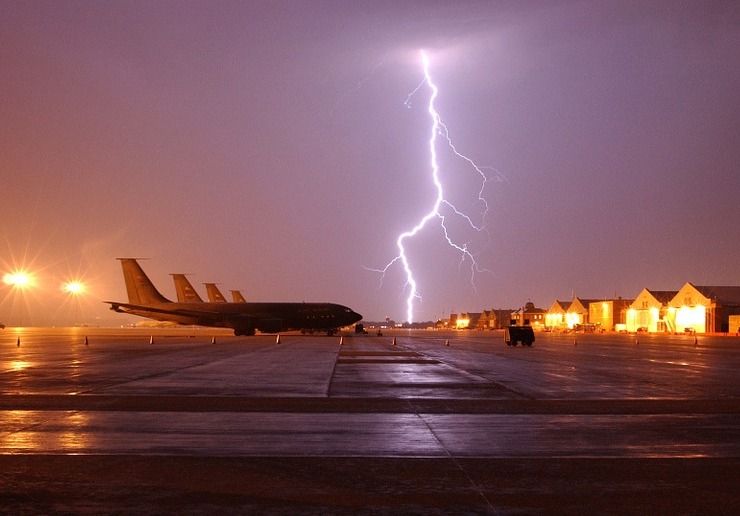 In 1967, the last commercial plane crash occurred in the U.S. which was directly attributed to lightning.  The catastrophe brought to light enhanced protection techniques and lightning certification tests which could authenticate the safety of designs.

Airplanes are engineered to withstand massive amperes of electricity and an airplane’s protection techniques include ensuring that the fuel tanks and fuel lines are fully encased so that it is impenetrable for a lightning spark to trigger off a fuel explosion. The aircraft skins made of aluminium are excellent conductors of electricity and are engineered such that no gaps exist in the conductive path, which assures that the lightning current remains only on the exterior. Modern day aircraft designs use advanced composite materials that contain embedded layer of conductive fibres are designed to carry lightning currents.

Airplanes must be verified by the manufacturers and should be compliant with regulations set by the Federal Aviation Administration (FAA) or similar institutions. This ensures that transients like lightning indirect effects, which have the potential to reach sensitive equipment inside the aircraft, computers, and instruments that control the aircraft, are not affected. The transients are averted by careful shielding, grounding, and use of surge suppression devices.

To protect the aircraft’s fuel system, which is a core area, there are extreme precautions taken. The aircraft skin is designed to be thick, and all structural joints and fasteners are tightly designed, access doors, fuel filler caps, and vents are tested to withstand lightning.

There are a separate set of regulations that are set up by the FAA for private airplanes which don’t transport passengers.  Meanwhile, kid-built composite airplanes that are made of fibreglass or graphite-based composed, are still not subject to lightning protection regulations.